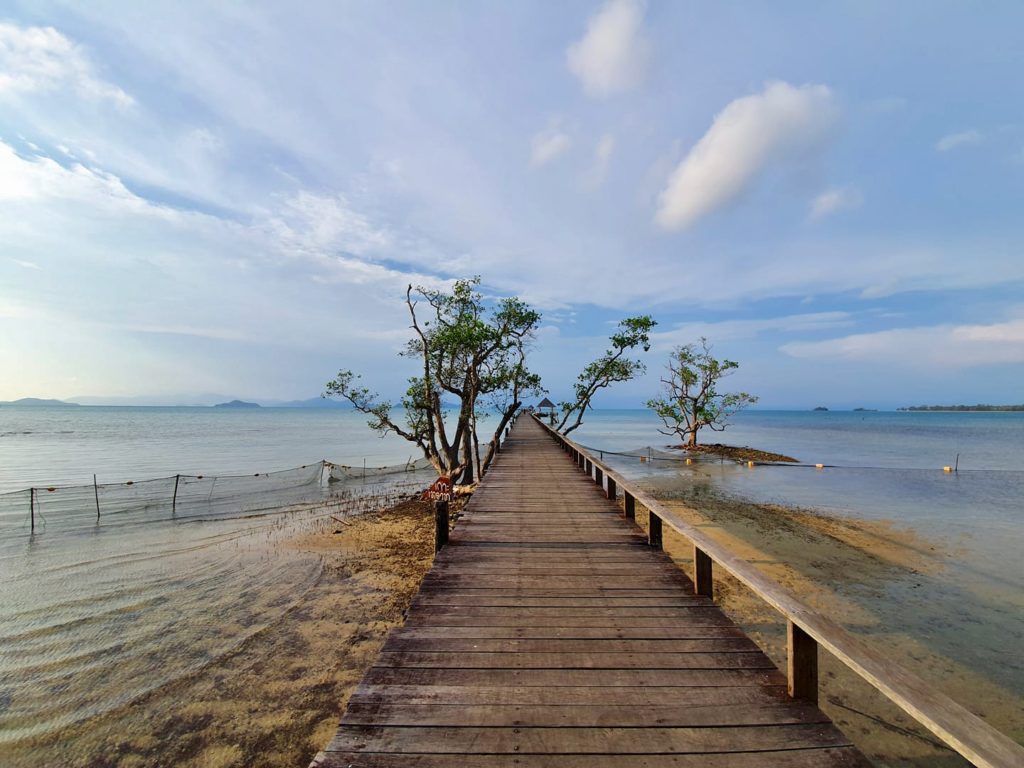 Off-limits to tourists until 1985, the beautiful island of Koh Mak in the eastern gulf of Thailand is ideal for eco-conscious travellers seeking out somewhere quiet, affectionately guarded and off the beaten track.

A small island in the Trat Province and an almost forgotten little sister to nearby Koh Chang, Koh Mak remains largely unchartered territory. Set within the Marine National Park, around 40km off mainland and 16km² in size, the island’s hinterland is lush green with natural forest as well as coconut, pineapple and rubber plantations. Too big to walk, but easy to cycle – with very few cars on the road, the majority of local people still work on the coconut and rubber farms which are the island’s main export products.

Koh Mak is home to two communities including Ban Ao Nid and Ban Laem Son, with most resorts found along beaches in the south of the island. Offering diverse flora and fauna which can be discovered on land and under water, as a tropical island you may see scorpions, snakes, spiders and colourful butterflies. Bear in mind that there are jellyfish in the shallow water of Koh Mak’s coastline, and most resorts have installed nets in order to provide safe swimming areas.

The History of Koh Mak Island

There are very few islands in Thailand which have been in the same hands for over a century ago, yet 80% of Koh Mak is owned by five local families who have managed to keep developers at bay, encourage smaller bungalow and upmarket boutique resorts. The five families are all descendants of Lung Prompakdee, a Chinese Affairs Officer during the reign of King Rama V in Koh Kong, who bought the island from Chao Sua Seng, who had established the first coconut plantations there.

Koh Mak’s unique history has been well documented by generations of family members and there is a one room museum housed in an old wooden house at Koh Mak Seafood Restaurant on Ao Nid Pier. The house is owned by Khun Tarin, one of the descendants of Luang Prompakdee, who will talk you through the old photographs dating back to the early 20th century and offer a brief and fascinating look into the lives of the islanders that goes back 80 years. 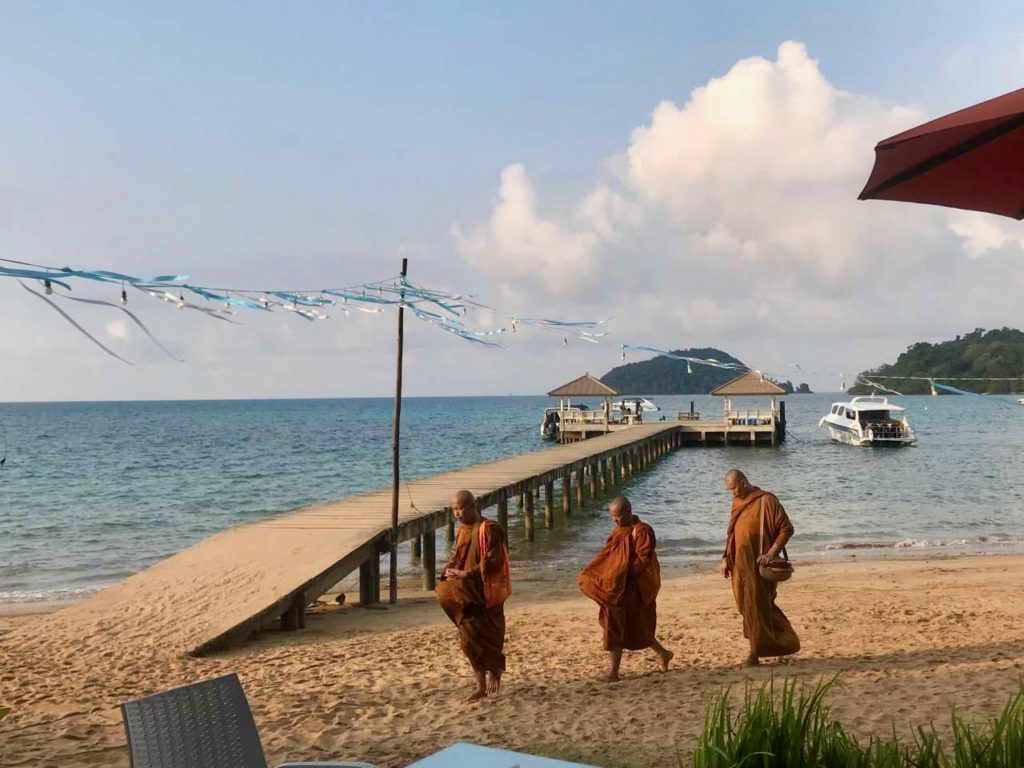 With nearly the entire island privately owned by five families who carefully manage its development, and ensure its businesses remain exclusively local, Koh Mak strives to be fully self-sustainable. Its focus on ecotourism and low-carbon philosophy is evident in the extensive biking trails that stretch across the mostly flat terrain. Until the early 2000’s there were only a handful of resorts and these mainly catered to Thai visitors on package deals.

With an initial emergence into the tourism industry in 1974 when the first bungalows were built on the east of the island and hardened backpackers and travellers first found their way to Koh Mak, it was only in 1987 that the first resorts were built. An improved infrastructure has seen the island develop over the years and although tourism is still very much in its infancy on Koh Mak, there are now numerous varied level accommodations on the beaches of Ao Kao and Ao Suan Yai. 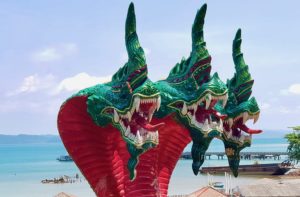 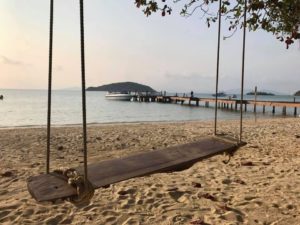 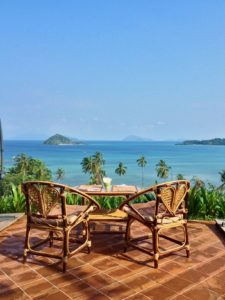 Koh Mak attracts a more active crowd that takes advantage of windsurfing off its pristine beaches, snorkelling through the clear reefs and kayaking to neighbouring, uninhabited islands, with most water activities regulated to limit noise pollution. The island has beautiful surrounds which are perfect for hiking trips, and there are a couple of PADI certified dive centres.

The two main beaches remain most popular, but you will also find smaller ones dotted around the island. Take time to explore by scooter or mountain bike and follow the dirt tracks to the coast. You’ll likely discover deserted shorelines, the occasional laid-back cafe and jetty’s shooting out over the water. If you want a bit more adventure, visit one of the rubber tree plantations and try a first-hand experience of collecting rubber.

Enjoy a traditional Thai massage, do a cooking class or join a yoga session. Either way, Koh Mak is a place to enjoy local hospitality, the warm waters and deserted beaches. You may even want to ay your respects at the seated Buddha sculptures housed in Wat Koh Mak, not too far from Ao Nid pier. The temple was built in 1947 and serves as the centre of Buddhist activities for local residents.

The Koh Mak community encourages visitors to take part in various projects to protect the environment of the island and to minimise the carbon footprint of their stay. Check with your accommodation what activities you can join.

How to Get There

Travelling between the island and the mainland is relatively simple with a 45-minute speedboat ride from Laem Ngop Pier in Trat’s Laem Ngop district. Once on the island you can rent a bicycle or scooter for getting around. Koh Mak can be visited all year round. The island has only one ATM and there are no franchise stores, only local ones. Credit cards are largely accepted in resorts and restaurants, but you’d do well to have some cash with you. From Ao Nid Pier on Koh Mak to your accommodation, you can ride a songthaew or arrange for your resort to pick you up. 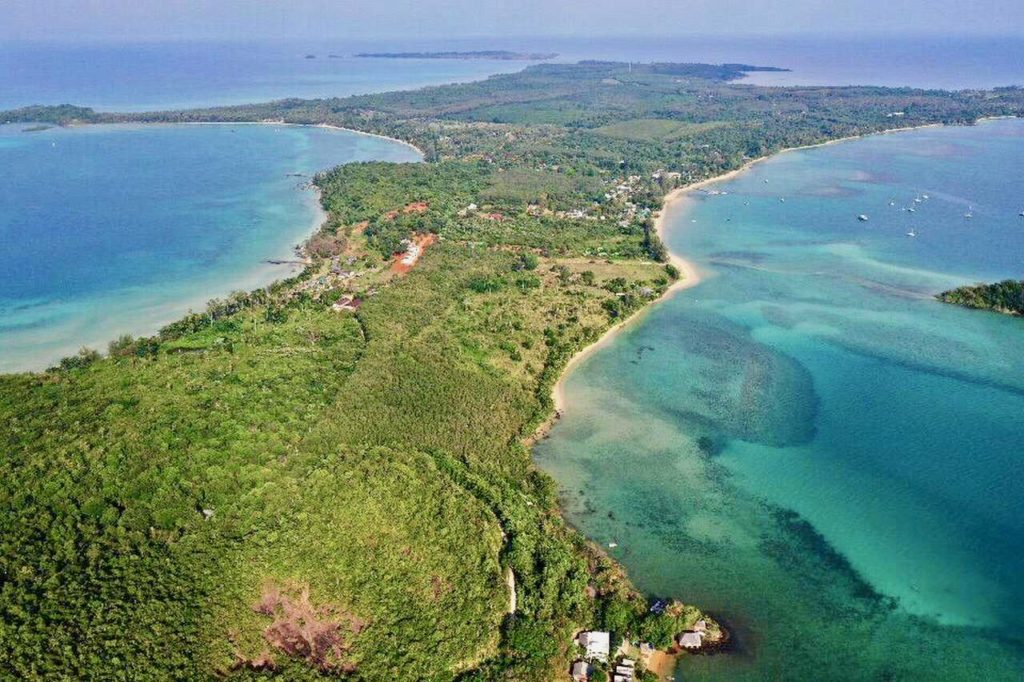 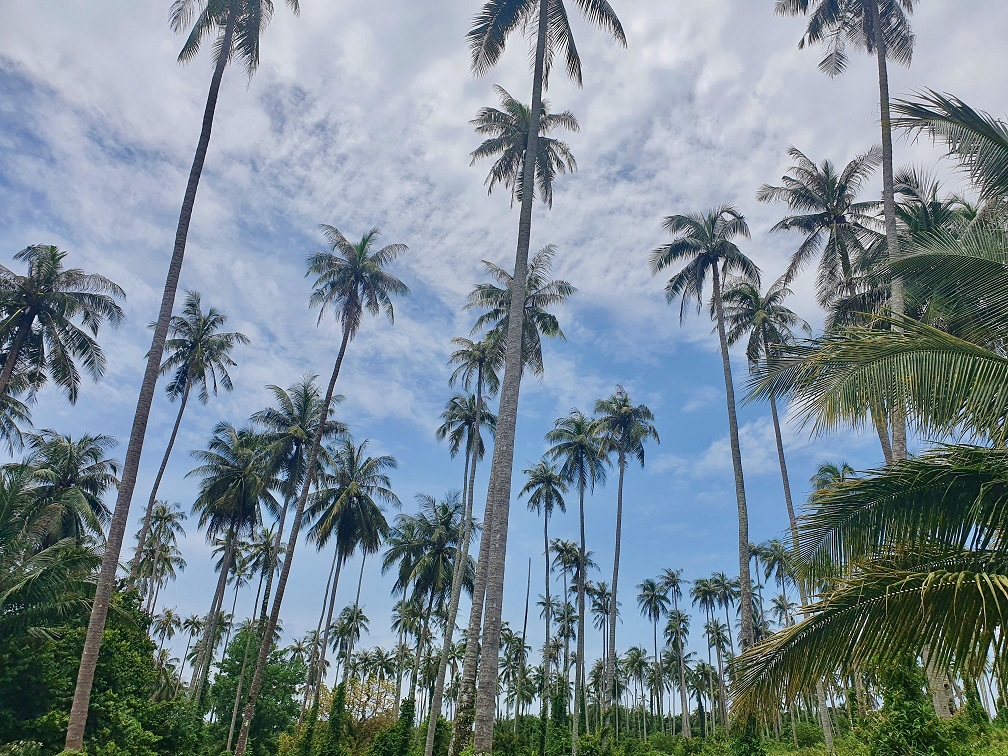 In collaboration with Dawn Jorgensen