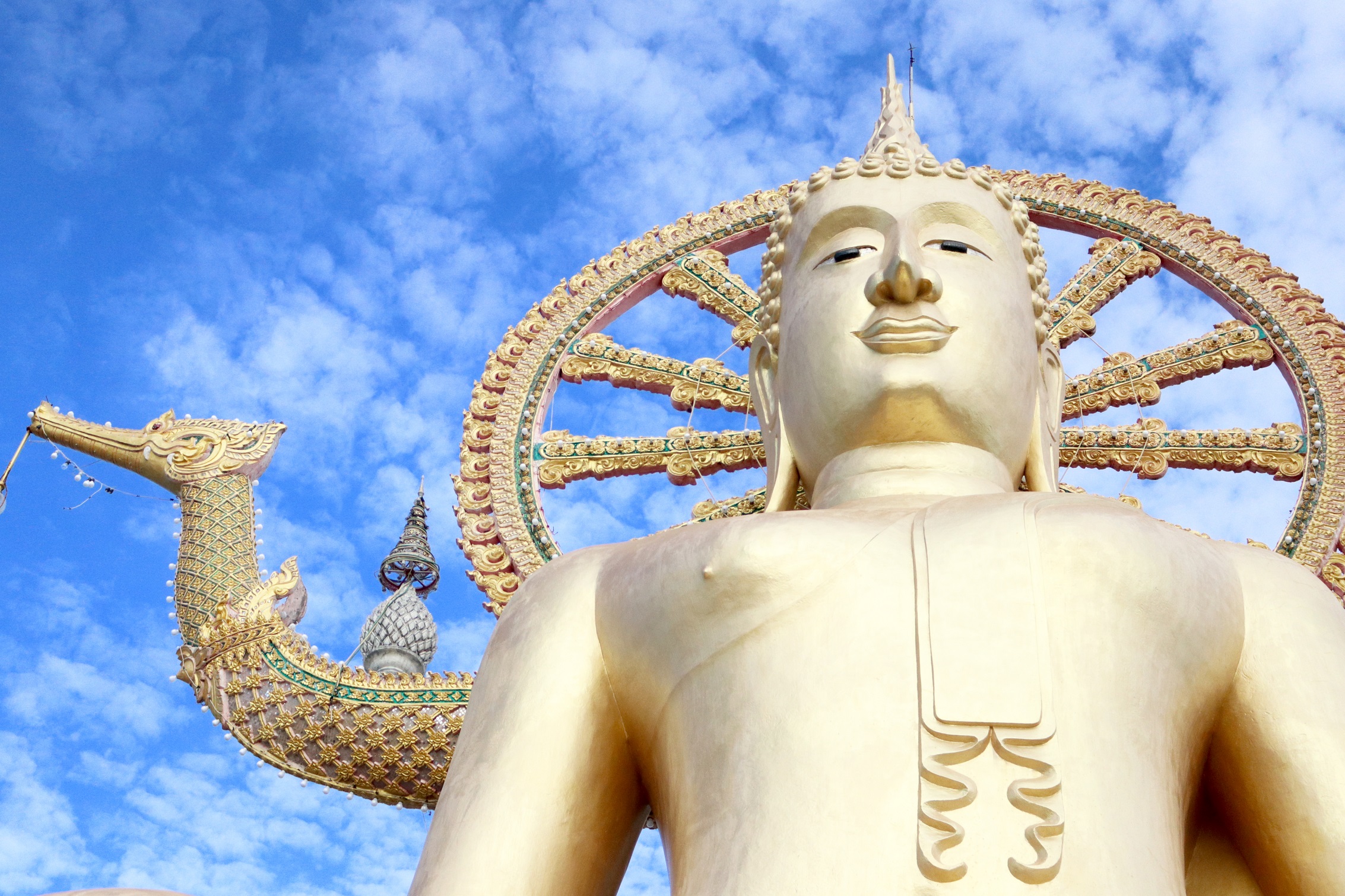 ‘Peace is a state of mind …’ Buddha

Of all the moments shared and beautiful places explored on my visits to Thailand, I reflect mostly on how enriched my life is by the times I received Thailand’s richest blessing – a moment of quiet reflection in the company of a Buddhist monk who anchored my soul with his calm conversation and heartfelt dedication.

The following sacred places feature among my favourites.

There was a strong smell of incense in the air as I entered the temple, the spice sticks standing straight as soldiers in a bowl of sand; coins, flowers and fresh fruit adding to their favour. Monks sat in orange robes praying into mics as they rocked gently back and forth. The moon had moved a call to prayer and the community was gathered in unison.

I was invited forward to receive a blessing and without hesitation dropped to my knees, lowered my head and welcomed the holy water generously sprinkled onto me by lotus flower as words I didn’t understand were spoken. This is how I remember my visit to Wat Niwet Thammaprawat in the ancient city of Ayutthaya, and my first visit to a Buddhist  temple.

Built in 1876 in the reign of King Rama V, the first Thai king who visited Europe, the Gothic-style Buddhist temple is found on a small island and served when the King and his family spent their summers in the nearby Bang Pa-in Palace. Ayutthaya is the first capital of Thailand and held the status for 417 years, it offers an incredible depiction of how life was then.

While in Ayutthaya, visit Wihan Phra Mongkhon Bophit, walk the ruins of Wat Phira Si Samphet with its ancient turrets, stairs, towers and walls. Take a long boat down the river and walk the grounds of the King’s Summer Palace with its intricate architecture and topiary filled gardens, as well as the surrounding village. 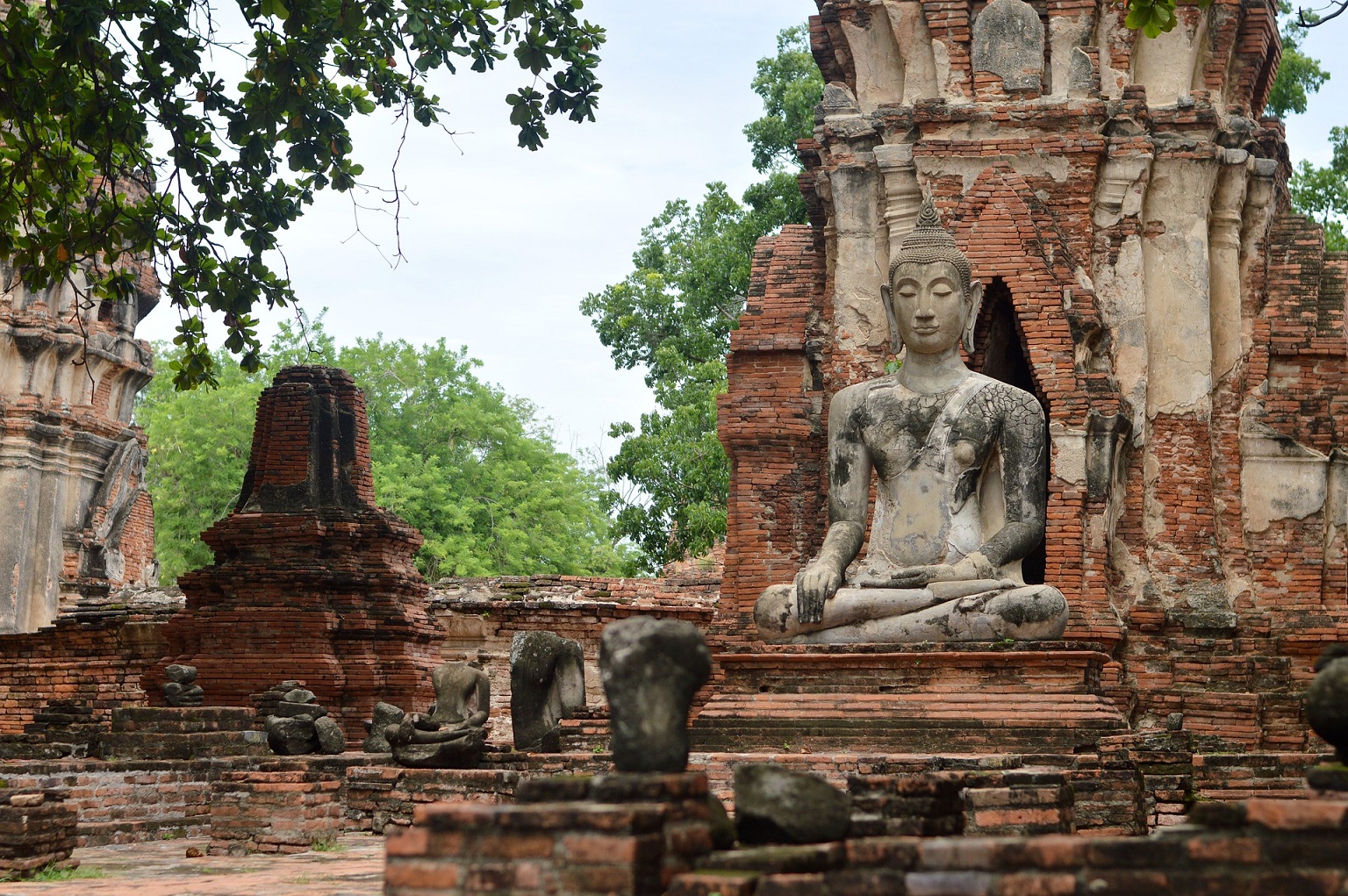 Koh Samui, Thailand’s second largest island in the Gulf of Thailand is best known for palm fringed beaches, mountainous rainforests and luxury resorts, yet its the 12 meter high Big Buddha landmark statue that called my name.

Wat Phra Yai, as the Big Buddha Temple is known in Thai, was constructed in 1972 with subsequent additions. On arrival to the grounds you are greeted by a naga lined staircase that leads to the expansive landing that holds the Big Buddha. All about you’ll see the intricate detail and elements of animism often found in Buddhist design. Once at the top, stare up at the large golden Buddha who is depicted in a symbolic state of calm and purity having overcome temptation and fear sent to him by Mara, the Lord of Illusion. He sits with his legs crossed and rests his left-hand palm open in his lap, facing up to the sky. His right hand facing down over his right knee. Behind his head is the Buddhist wheel of life and a decorated dragon which add to the beauty.

At the base of the Big Buddha you’ll find a meditation centre and a shop that sells amulets and other Buddhist items – as well as a monk who’ll happily bless these for you. Further towards the road are stalls trading in religious souvenirs, clothing, hats and sarongs and there are numerous traditional Thai eateries where you can pause for a meal and something to drink, before heading on to the next attraction. 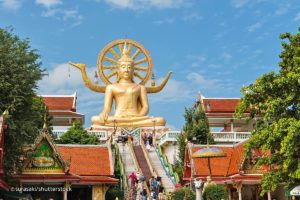 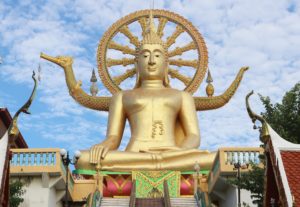 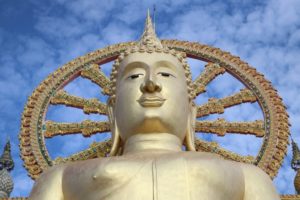 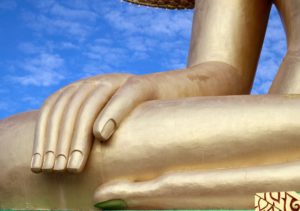 Wat Phra That Doi Suthep in Chiang Mai is one not to be missed. Located on the top of Doi Suthep at the end of a 15km drive up a winding mountain road, the temple is simply referred to as Doi Suthep by most people. To reach the temple, climb a 309-step staircase with banisters bejewelled with mystical serpents. At the base, all five serpents rear their heads with the green and gold scales of their body continuing up the stairs. A site to behold – and photograph.

The architecture, statues, murals and shrines seen here are nothing short of breath taking and on reaching the top you are greeted by a golden spire, with the walls around the spire mini enclaves adorned with historical murals. Outside the central enclave area is the shrine to the White Elephant and the story of how the temple was founded. Built in 1383, it is still a working Buddhist monastery today.

Legend has it established by King Keu Naone to house a piece of bone said to be from the shoulder of Lord Buddha, the bone was brought to the area by a wandering monk from Sukhothai and it broke into two pieces at the base of the mountain, with one piece being enshrined at Wat Suan Dok. The second fragment was mounted onto a sacred white elephant that wandered the jungle until it died, right on the top of the hill, in the process selecting the spot where this monastery would be founded.

I spent time here learning about the history, offering a lotus flower and lighting a candle as I made a wish, before receiving a blessing from the resident monk and being invited to stay for their service and chanting, sitting in the temple surrounded by orange clad worshippers, all the while soft rain fell around us. It was a spectacular and deeply moving experience, a privilege, and has ensured that Chiang Mai will always hold a special place in my heart. 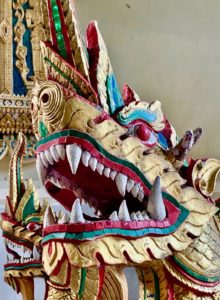 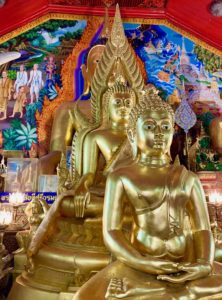 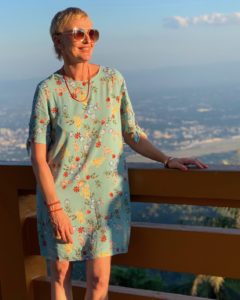 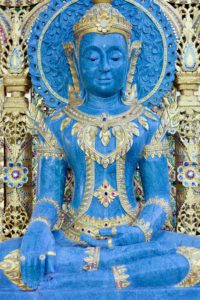 Taking a long tail boat along Bangkok’s Chao Phraya River I veered off into the canals or klongs, weaving my way towards the Bangluang community with the express aim of getting a closer look at how people live, work and worship on the water.

The river is 370km long from source to sea, and has been a lifeline to the Thai people for as long as memory serves, used for transport, food, irrigation and more. The area I stopped in was originally created to house the presidential guards and officials, and today is home to thriving riverside communities supported by intricately decorated temples with a way of live preserved and supported.

A visit to Wat Kamphaeng, an Ayutthaya-period temple, is a must. There is always a monk on duty to offer a blessing, or engage in a conversation, and in the ancient rooms that surround the temple you’ll find a collection of antique Buddha images, Chinese prayer sticks and handwritten paper fortunes. On my visit I spent time chatting with the aged Monk Chote about the state of affairs in the world, before he bestowed on me a welcome blessing of health and good fortune, both he and I believing that I will have both.

** As a sidenote, it doesn’t matter what religion you follow or your faith of choice, the peacefulness that is found in these sacred temples transcends it all. Although I do admit to I being increasing drawn to them. 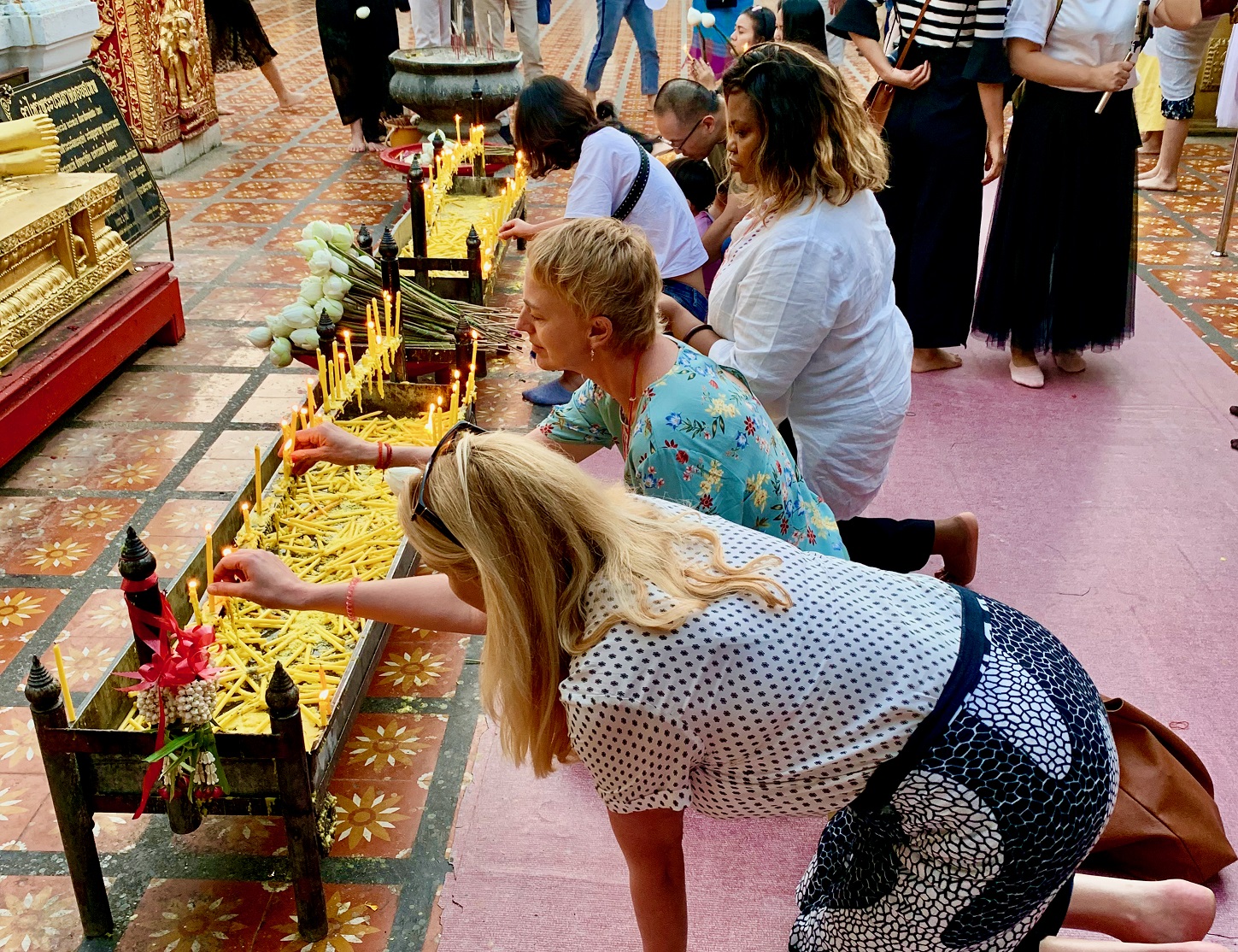 A few pointers when visiting temples as its important to exercise respect at all times:

Remember to dress modestly and cover your knees and shoulders. Take off your shoes and hat when entering the temple. Always show respect to the monks. Don’t touch the Buddha, don’t point your feet toward the Buddha and don’t stand taller than figures of the Buddha. Do not take pictures with your back facing Buddha statues. Keep your head down as a symbol of respect.