Thai Festivals in the third quarter of the year

Thai Festivals in the third quarter of the year 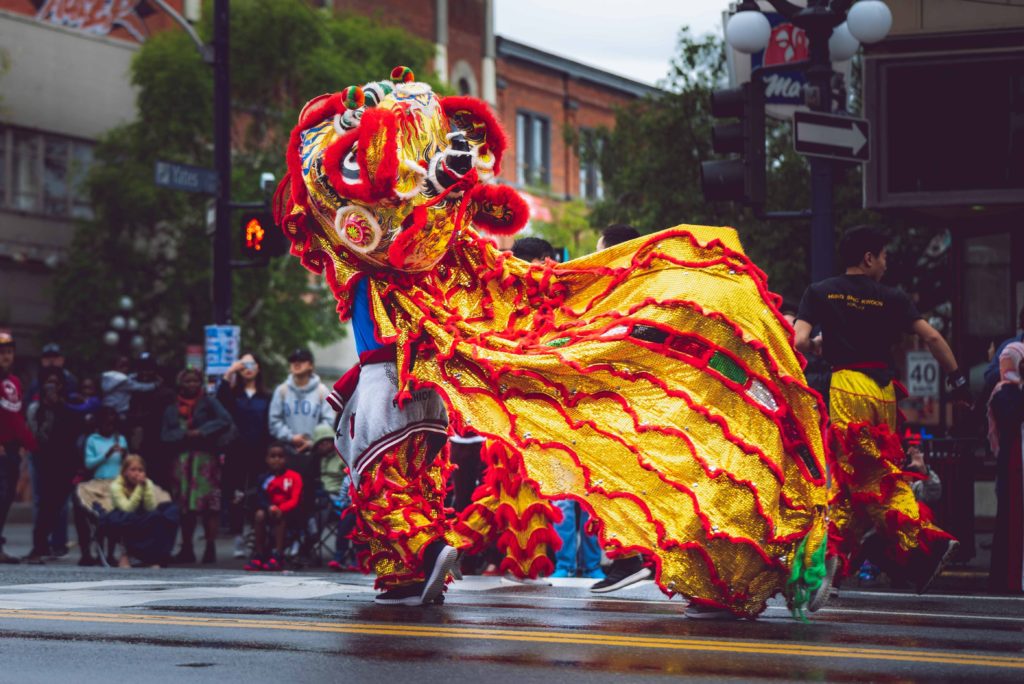 Attending one of Thailand’s local festivals guarantees sensory insight into the country’s traditions and is bound to see you fully immersed into the culture of floating lanterns, ancient rituals, embellished masks and colourful costumes.

These are some of the festivals that take place between July and September each year.

Asalha Puja is a Theravada Buddhist festival that takes place on the full moon of the month of Āsādha and is celebrated across Cambodia, Thailand, Sri Lanka, Laos and Myanmar. A national holiday in Thailand, the event commemorates Buddha’s first sermon in Benares, India as well as the founding of Buddhist monkhood about 2,500 years ago.

The festival offers a chance for Buddhists to reflect on the sermon’s four noble truths – there is suffering, suffering is caused by attachment, there is a plane beyond attachment, and the way to that plane is the Noble Eightfold Path. While there are many strains of Buddhism, all accept these as central doctrine, making Asalha Puja one of the most significant Buddhist celebrations.

Ceremonies are held in temples across Thailand with Thai people returning to their ancestral homes to donate offerings and listen to sermons. In the evening they perform ‘wian tian’ where they walk clockwise around the main temple shrine carrying the offering of a candle, incense sticks and lotus flowers. It is a popular time for young boys to enter monkhood. 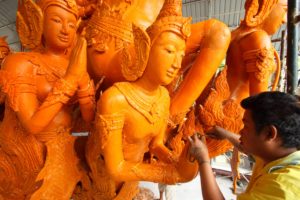 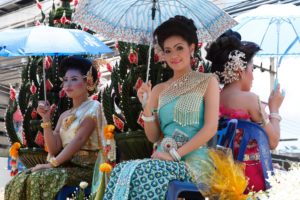 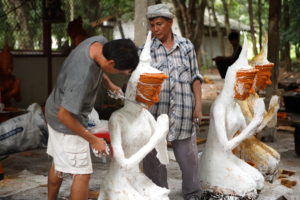 The Ubon Ratchatani Candle Festival takes place in early August each year as the seasonal monsoons arrive in the kingdom, marking the beginning of the Buddhist Lenten period. In preparation the artists from the area set about moulding and sculpting Lenten candles to be presented as Buddhist offerings, pouring their hearts and soul into their craft. The candles are larger than life and mostly show religious symbols. These are put on floats and paraded through the city center with musicians, dancers and the artists proudly displaying them before they’re brought to the temple and offered up to Buddha. This is the perfect festival for the art lover.

Queen Dowager Sirikit’s Birthday is a public holiday and observed to celebrate the nation’s mothers, the queen mother and her many humanitarian achievements. On this day public buildings and private homes are festively decorated, and the streets lined with colourful lights, flower displays and photos of the Queen Mother. In Bangkok, the main festival is held along Ratchadamnoen Avenue between the royal palace and national parliament with many Thai flags flying. It is traditional to pray for the Queen Mother, make donations to charities, to put jasmine spice in your home and for children to gift and treat their mothers. Jasmine appropriately symbolises purity, gentleness and motherhood in Thai culture.

The Por Tor Hungry Ghost Festival is an important event for the Hokkien Chinese community in Phuket with special food, flowers and candles offered to ancestors on temple altars to appease their hungry ancestor’s ghosts, which are believed to have been released from hell for the month. During the festival, Phuket is decorated in red and you can experience colourful ceremonies at any Chinese shrine in the old town before heading to the Ranong Road market to enjoy lion dances, live concerts and traditional merit-making ceremonies.

At the heart of the festival is the belief that families can help relieve the suffering of the ghosts of deceased relatives who are trapped in hell. It’s also a time to honour the lost souls who might have died suddenly or far from home and were not given a proper passage from life to death.

Por Tor events take place at the family homes where elaborate meals are laid out and plates of rice are traditionally set around the table for the visiting ghosts, each with a stick of incense piercing it. When the incense has burned through it indicates that the ghosts have finished eating and the living relatives are then free to gather at the table to feast themselves. An essential offering for the festival is a red turtle-shaped cake made from flour or sugar.