Siam is the original name of Thailand as it was occupied by the Siamese people. It is also where the Siamese cat breed comes from. 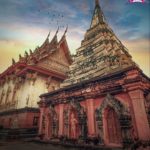 These cats were given to brides as good luck on their wedding day. Image by Instagram @beautiful_siam


Thailand has one of the world’s most diverse ecosystems – the country is made up of 318843.23 square kilometres that include everything from mountains and river 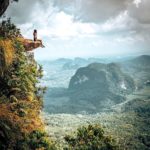 valleys to forests, and coastal areas. Thailand is rich in wildlife and has nine distinct ecological regions within three different biomes. Image by Instagram @thailandinsider


Thailand is made up of many Islands, 1430 to be exact and with some of the most beautiful beaches in the world. So, from party beaches to 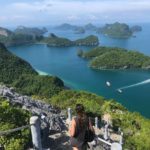 romantic places with blue water to diving spots, health retreats and yoga sanctuaries you are spoilt for choice.Instagram by image @thetc12


Thailand’s Monkey buffet known as ‘The Monkey Buffet Festival,’ it is celebrated annually in the city of Lopburi and has grown to become a major tourism event. 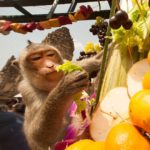 More than 600 monkeys are hosted to a buffet of meat, fresh fruits, salads and ice cream. The residents use the festival as an act of thanksgiving to the monkeys for bringing tourists to the area. But the story original was an ancient folklore that tells the story of Hanuman, a Hindu monkey deity who is believed to rescue a bride from a ten-headed demon. Image by Instagram @ kiwicom247

Bangkok is known as the Venice of East because a river and numerous canals flow through the city. You can use the river and the canals for quick transport, avoiding the many traffic jams on the roads, and they are great for sightseeing as well. Image by Instagram @laura_scott

Thailand’s famous bridge -The real bridge on the River Kwai was never destroyed, not even damaged. It still stands on the edge of the Thai 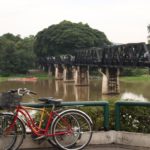 jungle about three miles from this peaceful town and it has become something of a tourist attraction. The bridge was erected by Allied pris oners during the Japanese occupation of Thailand in World War II. Image by Instagram @wildmonkeys

Thailand’s energy drink
Honey Kratingdaeng 100% from Thailand likely inspired the development of Red Bull. It is said an Australian businessman used it drink 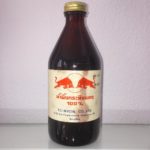 Kratingdaeng to overcome jetlag, he was friendly with the Bangkok man that created it and today is a giant brand. Image by Instagram @energypedia